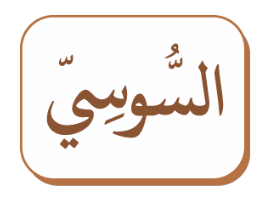 al-Susi font was built with the Uthmanic Script, through the following work stages:

A typical sample of the Narration of al-Susi on the authority of Abu Amr al-Basri: